Bear Market the Time to Invest & Come Out On Top

Overcoming the “fear” is what will be the overall winner.

As we’ve been seeing this recession has surpassed the dot.com bubble and The Great Recession of 2007-2009. But studies show companies that increase marketing in a recession are proven to do better in the long run.

It’s understood that companies have to make difficult decisions in a recession about where, when, and why to cut costs. But the real question that needs to be addressed is “Why do companies that invest in a recession do better in the long-term?” 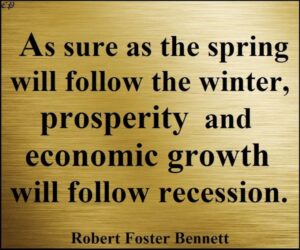 Evidence through the last 100 years show that companies that invest in marketing rather than cut back do better. If most companies reduce advertising activity, this leaves a larger market to those who increase.

Some examples of this are The Great Depression of the 1930’s to the 1960’s. Post ready to eat cereal was the leader in its category. Post cut back their advertising significantly leading to their rival Kellogg’s (who invested) to a 30% profit growth and taking the number one spot.

Another example is Taco Bell and Pizza Hut (in the 1990-91 recession) took advantage of McDonald’s decision to decrease it’s advertising budget.  As a result, Pizza Hut increased sales by 61%, Taco Bell sales grew by 40% and McDonald’s sales declined by 28%.

The companies that were not afraid to spend their cash reserves on strategic acquisitions rather than tighten the belt came out on top.

PLEASE NOTE: You must be a registered member of the McKinsey Quarterly site. Registration is free.

In conclusion, winners were successful by reinvesting selectively for commercial growth — including maintaining marketing while competitors cut back. Investing in what you value is most critical when times are tough but studies reflect there’s a reward for those who weather the storm.